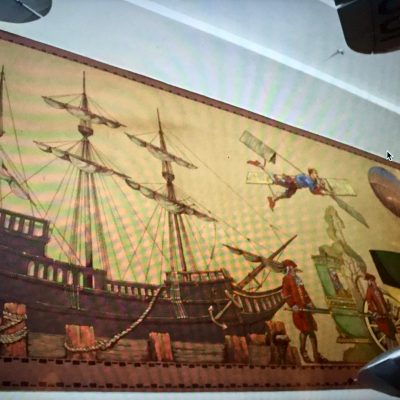 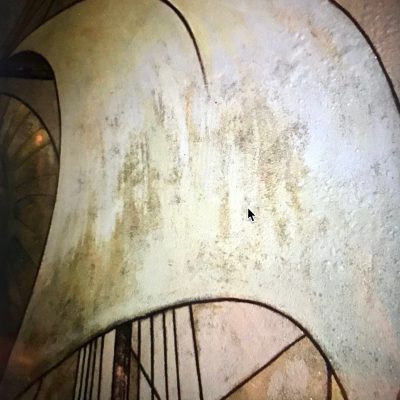 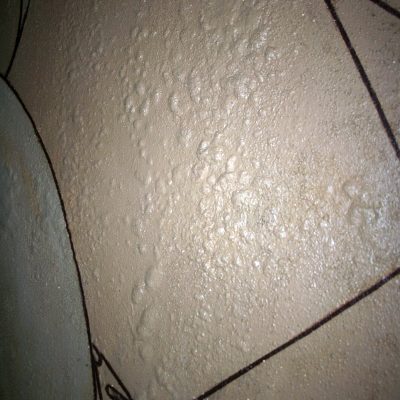 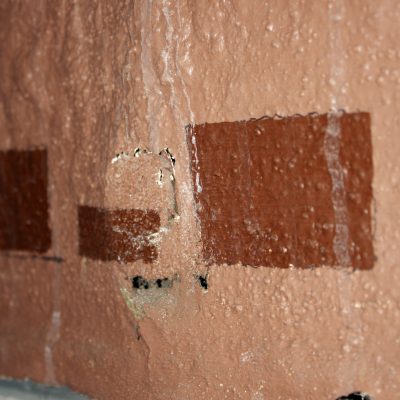 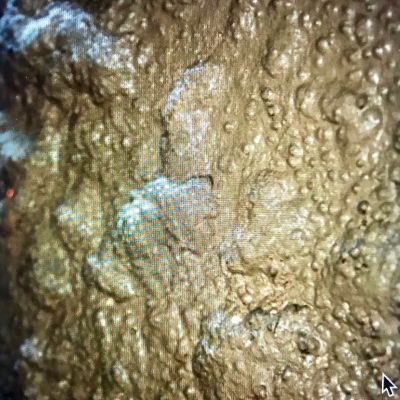 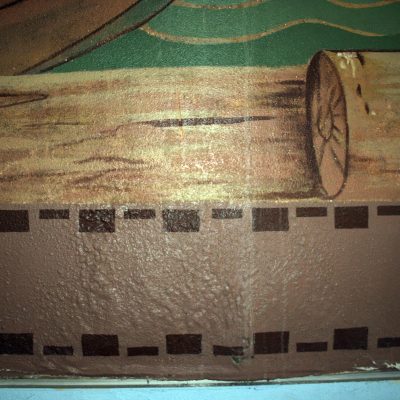 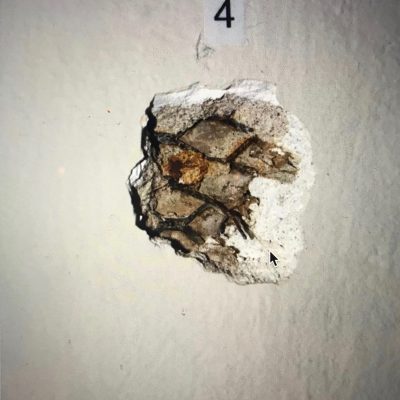 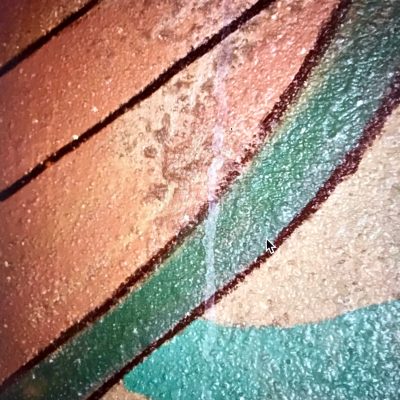 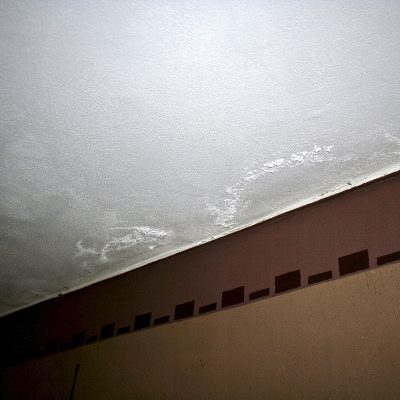 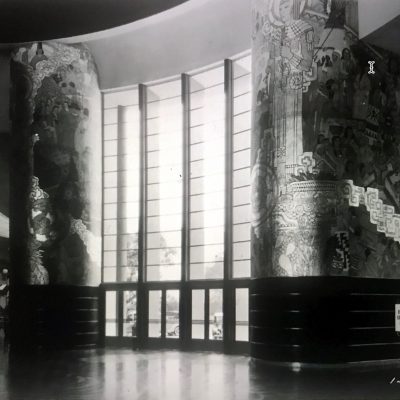 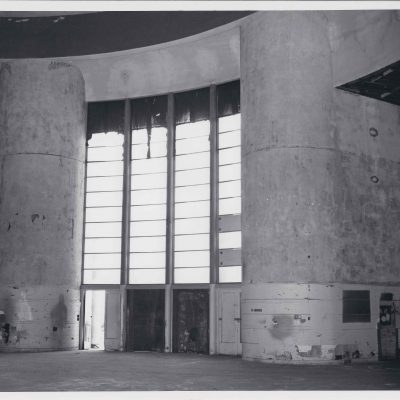 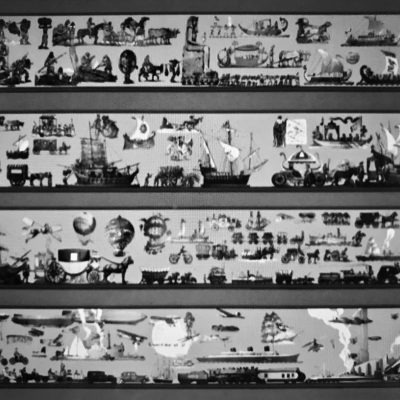 The San Diego Air & Space Museum is housed in the historic Ford Building in Balboa Park, San Diego. This building was constructed for the California Paciﬁc International Exposition in 1935. Designed by Walter Dorwin Teague, the Ford Building represents an architectural style called “Streamlined Moderne.” During the late thirties, the building reﬂected the latest in design and technology. In 1936, Ford Building was renamed the Palace of Transportation. It was placed on the National Registrar of Historic Places in 1973 in the United States.

The March of Transportation, is the main mural inside the Ford Building. It chronicles man’s ideas and methods of transportation through history, oﬀering insight into what the artists of the 1930s predicted for the future of transportation. These historically signiﬁcant wall paintings were created during the depths of the Depression, yet they demonstrate that Americans looked forward to a brighter future. This historic mural is 20 feet high by 450 feet long. The mural was painted in 1936, when Ford Building was renamed the Palace of Transportation. The mural was executed directly on a plaster substrate (a lime-cement mortar). The plaster coatings (scratch coat reinforced with white mesh and ﬁnish coat) are applied on plasterboard panels. A characteristic for the substrate of this mural is the presence of coarse sand that gives the surface a rough look. The original paint medium used to create the mural is oil.

Over the years, the mural has suﬀered major degradations from the elements: inﬁltrating water from a leaking roof & condensation, and from inappropriate repairs conducted in the past.

Other murals, created for the 1935 Exposition by famous illustrator Charles B. Falls, were two 40 feet high murals of winged ﬁgures: The Spirit of Asia and The Spirit of America. The murals were painted on two pillars in the main entrance of the building, on each side of the doors that lead to the open aired courtyard. The Asian ﬁgure held a rice plant in her hand and the American ﬁgure held an ear of corn. Both ﬁgures were surrounded by smaller ﬁgures from diverse ethnic backgrounds. During RARA’s investigation in 2014, these two murals were missing—unsure whether they were painted over or removed; the pillars were covered with paint.

The services provided to the Owner (Air and Space Museum) by RARA included: investigation, documentation, and recommendations for an accurate restoration and preservation of the murals. The report included the recommended materials and technologies for the conservation and restoration of all wall paintings in the museum and for the replication of the The Spirit of Asia and The Spirit of America.