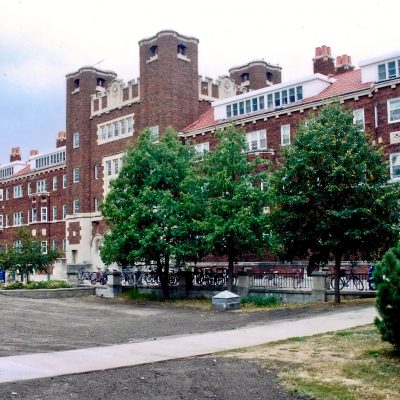 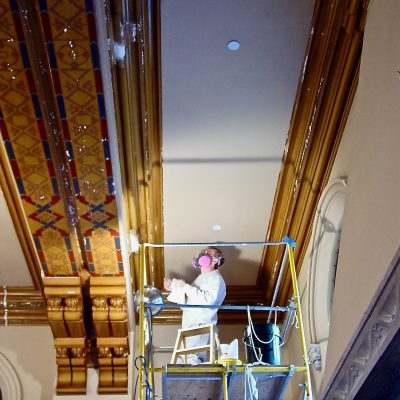 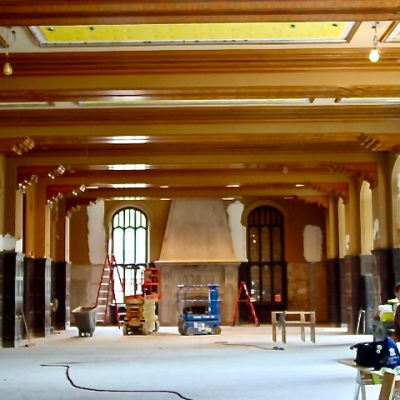 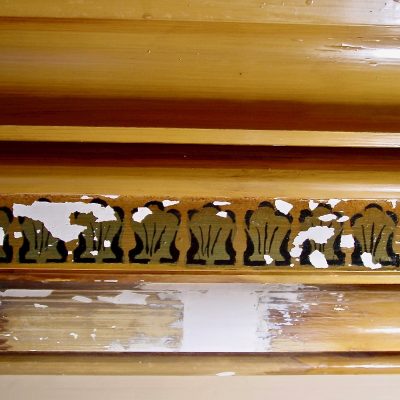 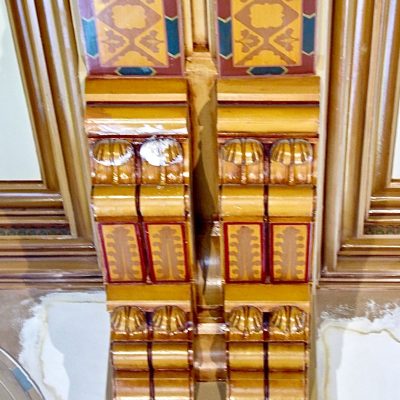 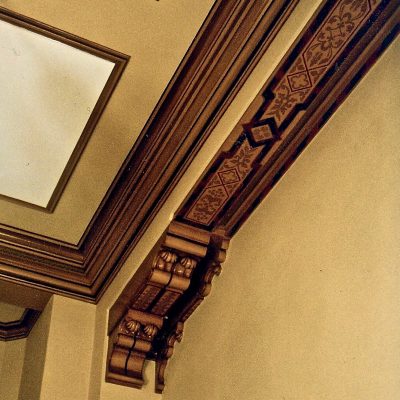 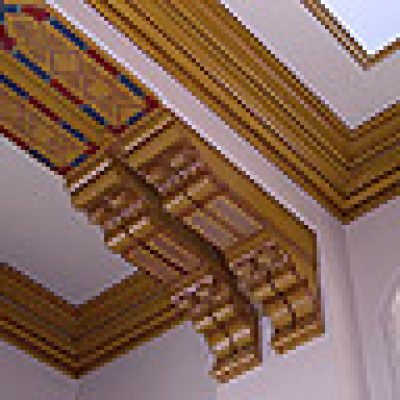 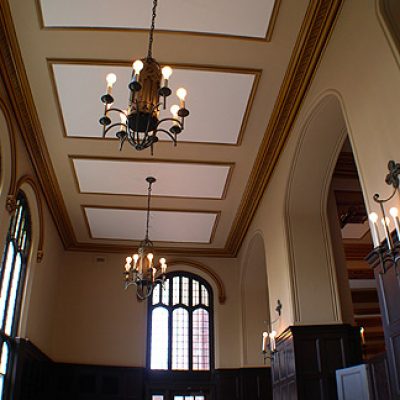 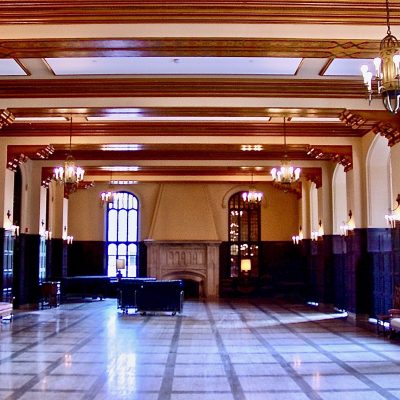 Part of Carleton College, Severance Hall building was built under the direction of the architectural ﬁrm Holmes and Flinn from Chicago. It was designed in the Collegiate (English Tudor) Gothic style and was dedicated on October 18, 1928.

The Great Hall is the largest and most ornate space of Severance Hall, and is the site of all prominent events on campus. The painted and stenciled decorations on the plastered beams, corbels, moldings, as well as on the arches above the doors and windows were executed with oil colors. All decorative designs were painted on a smooth plaster support. A transparent oil glaze was then applied. The role of the glaze was to modify the colors underneath, thus achieving a softer and more pleasing look.

Over the years, due to inﬁltrating water and condensation, the plaster substrate and the paint layers suﬀered several types of degradations. In many areas, the plaster substrate became powdery and the paint layers were delaminated or missing all together. Also, all architectural elements and surfaces were covered with a thin layer of smoke, dirt, and dust. Restoration, which consisted of cleaning, reconstruction of the plaster support, consolidation of the original paint layers, inpainting, and varnishing, returned the decorated architectural elements to their original splendor, while preserving the patina.