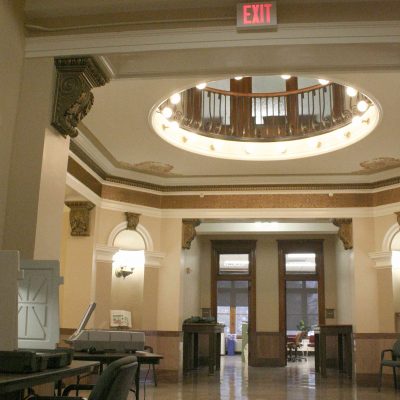 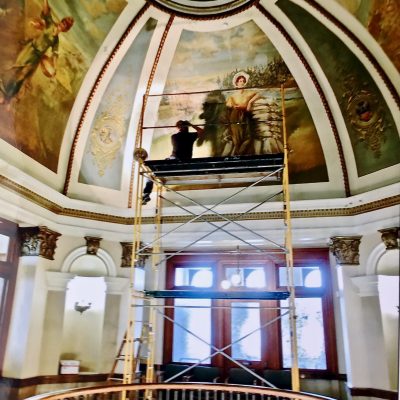 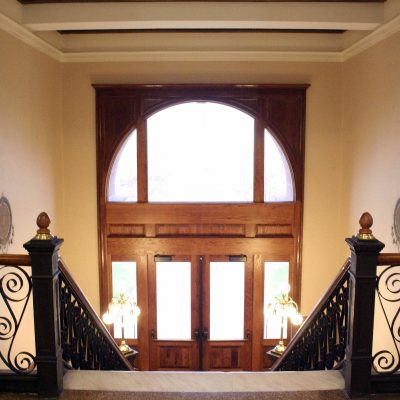 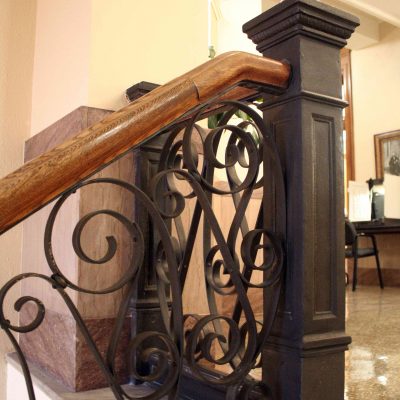 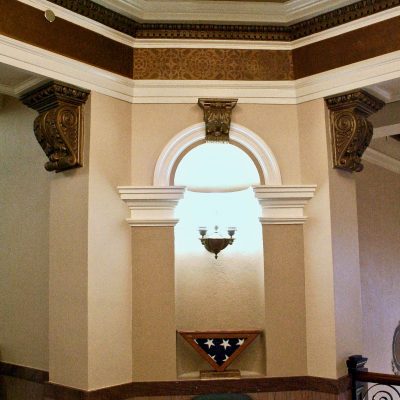 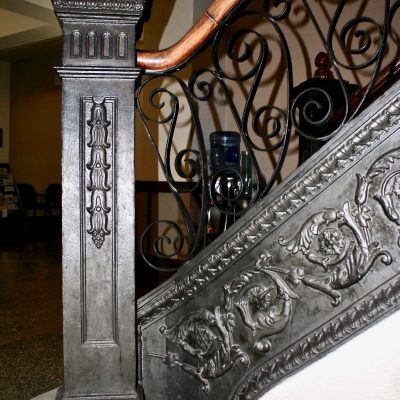 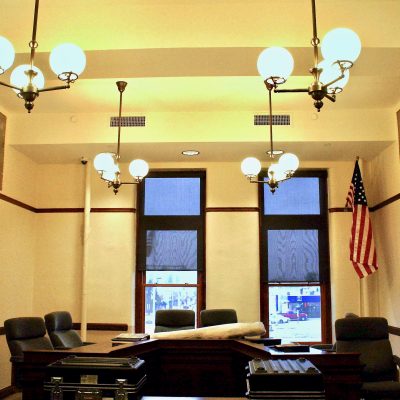 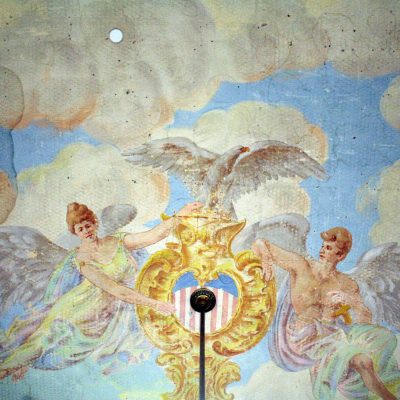 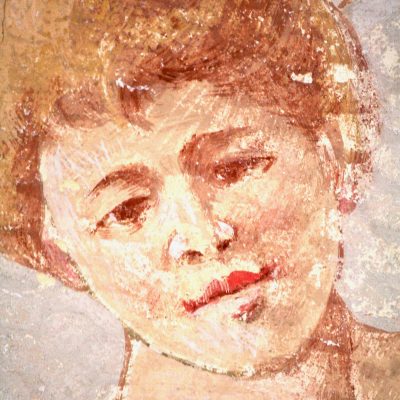 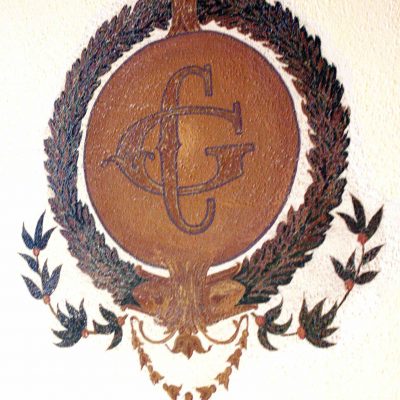 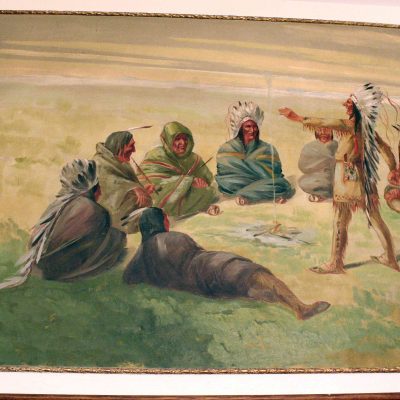 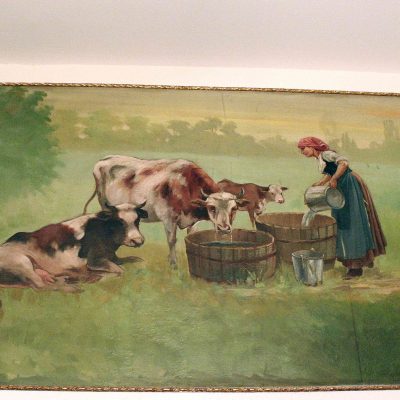 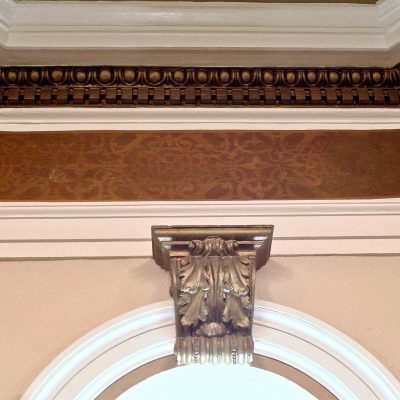 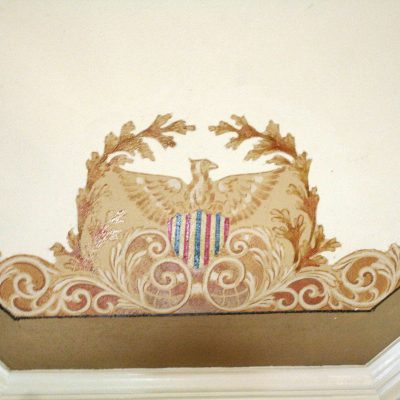 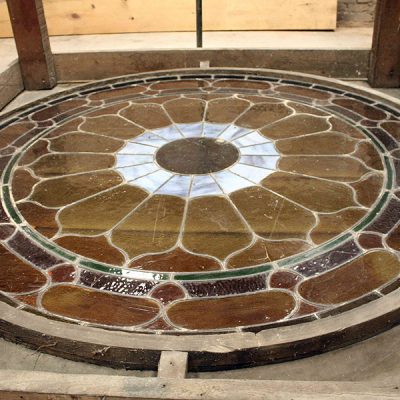 Grant County Courthouse was completed in 1906. According to Architect Victor C. Gilbertson, its style is “Neoclassical, it shows Beaux Arts arrangements and in some of its boldness, a strong ﬂavor of Baroque.” It was built of Portwing brown sandstone and has a majestic tower. This building was placed in 1985 on the National Registar of Historic Places in the United States.

The interiors of the Grant County Courthouse were decorated in 1906 by E. A. Soderberg from the decorating ﬁrm Odin J. Oyen of La Crosse, Wisconsin. The decoration consists of ﬁgurative murals (on plaster and on canvas), medallions, gilded monograms, stenciled decoration on plaster, and gilded & painted plasterwork.

On September 13, 1906, Grant County Herald, the Elbow Lake newspaper, published a special edition article, dedicated to the newly built Courthouse. It succinctly describes the interior of the building: “The interior of the building is a perfect dream, baﬄing description, and must be seen to be appreciated. The walls and ceilings are harmonious and beautiful in extreme, with artistic borders of many colors andconsiderable gold. …..The decorations and coloring of walls in various rooms are diﬀerent. Water color stains were used for this purpose, except on the walls of the corridors and court room, where oil paints were used”.

The most important spaces of the building are:

The written and pictorial report submitted by RARA to the Owner (Grand County) included: investigation, documentation, and recommendations for restoration and preservation.