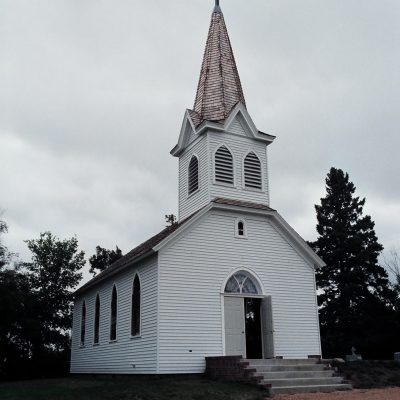 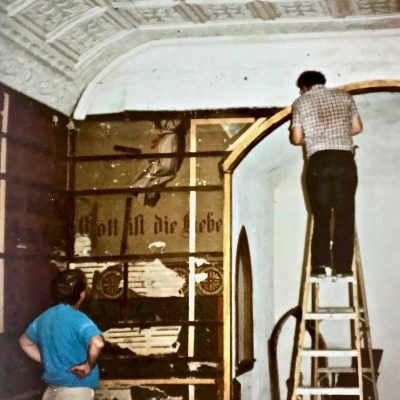 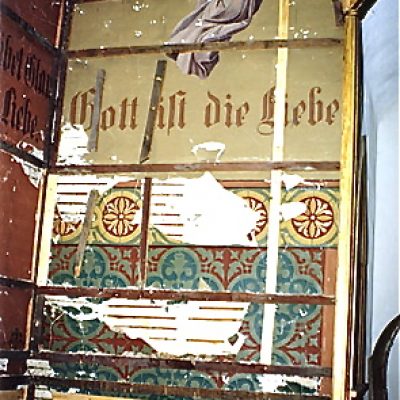 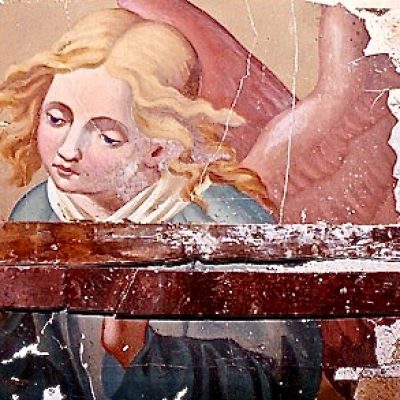 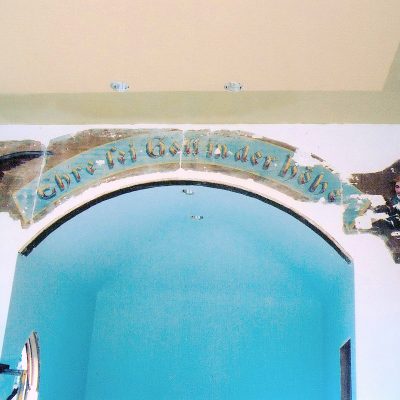 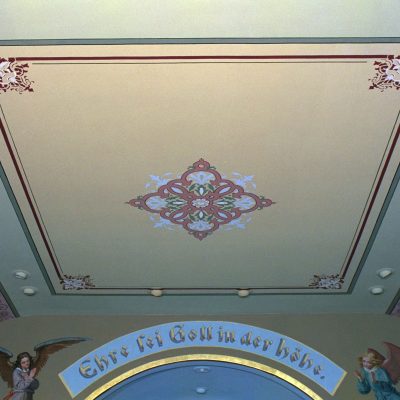 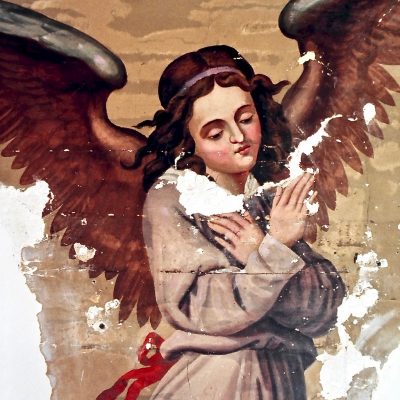 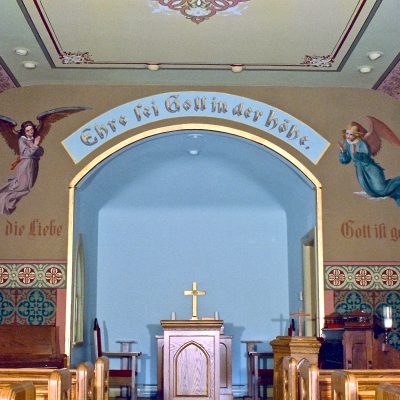 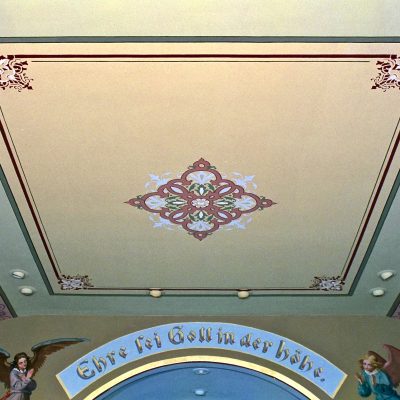 Mount Olivet Lutheran Cemetery Chapel, formerly the main church of the congregation, was built in 1878. The interior of the chapel is decorated with oil on plaster stenciled designs, hand painted calligraphic biblical quotes, a scroll with a biblical quote, and ﬁgurative paintings (two angels). The substrate of these wall paintings is smooth gypsum plaster on wooden lath.

During an extensive structural consolidation/renovation project, these wall paintings were discovered in a very deteriorated state under embossed tin tiles. Tin tile wall covering was very popular in the United States during the years 1900-1920. Its popularity contributed to the damaging and even to the destruction of many interiors of historic buildings.

The entire interior structure (i.e., the walls and ceiling) was reconstructed. The congregation decided to restore only the angels and the scroll, and to replicate the stenciled decoration. The angels and the biblical scroll above the altar arch were restored. Restoration consisted of removal of the plaster wall sections, reinforcing the back of each section with ﬁberglass, and reinstalling the consolidated sections in their original location. After the reinstallation of the mural sections, the missing areas of plaster and paint were ﬁlled and inpainted; then, the entire reintegrated mural was varnished with a reversible and UV protective synthetic varnish. The remaining stenciled decoration on walls and ceiling was replicated.