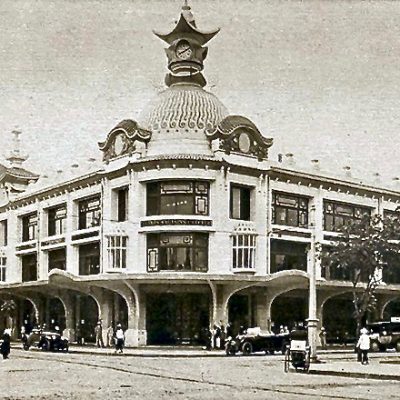 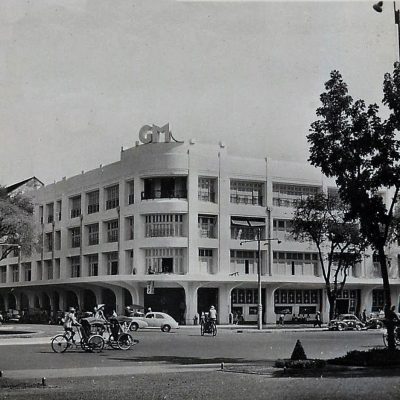 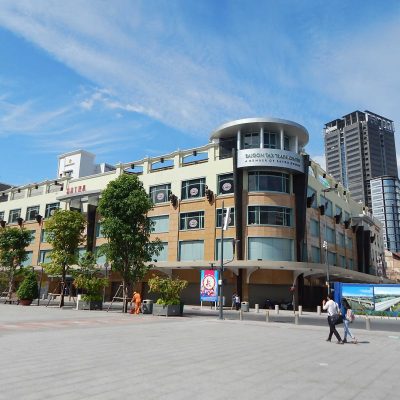 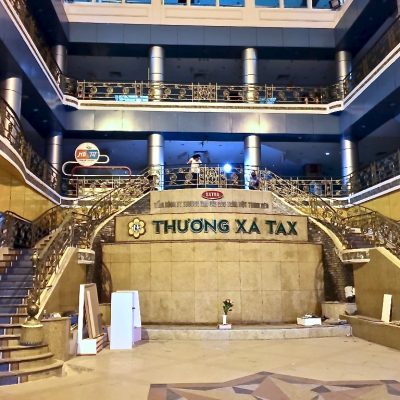 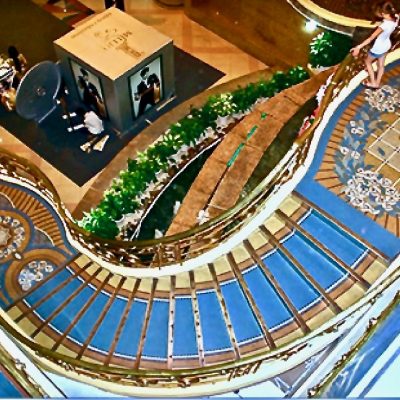 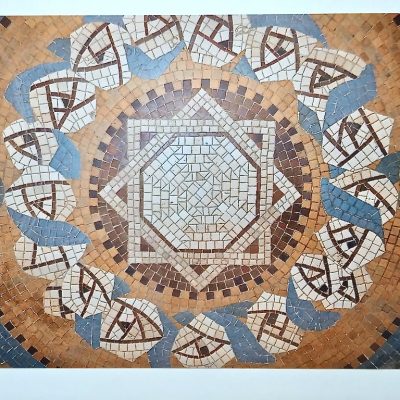 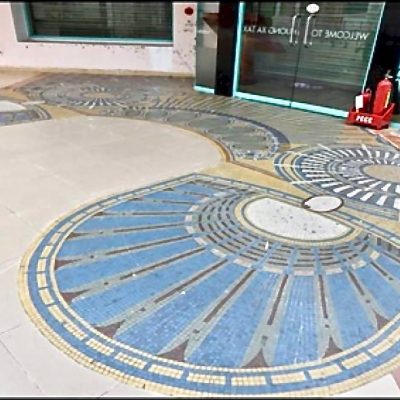 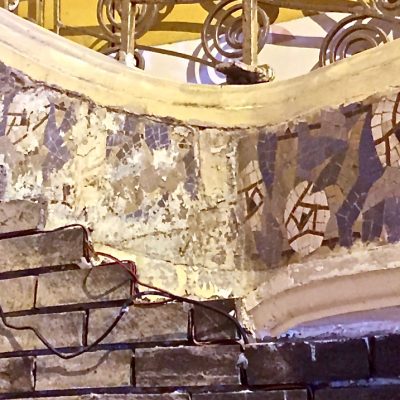 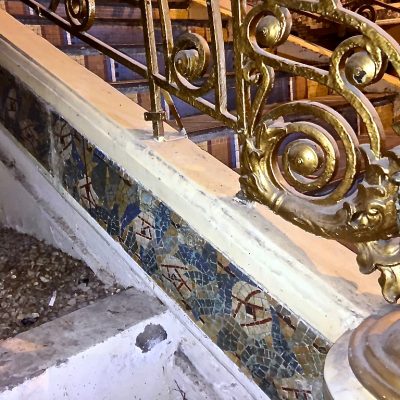 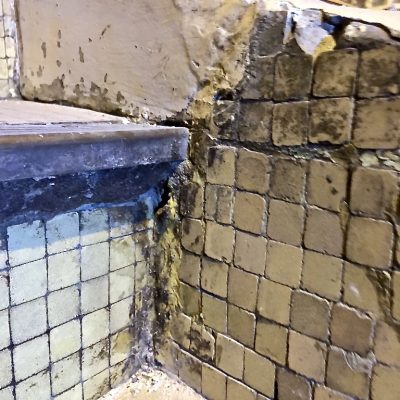 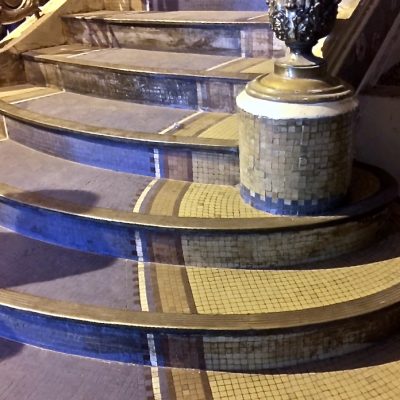 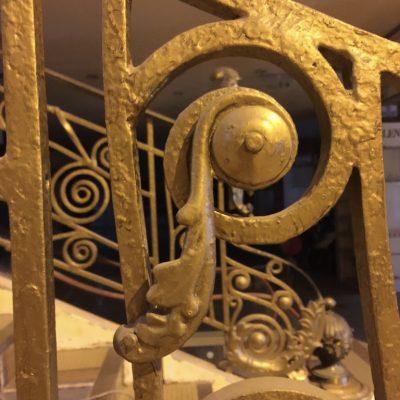 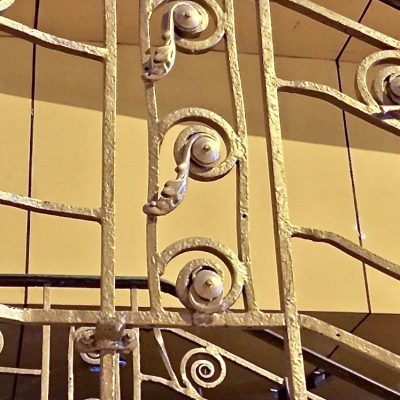 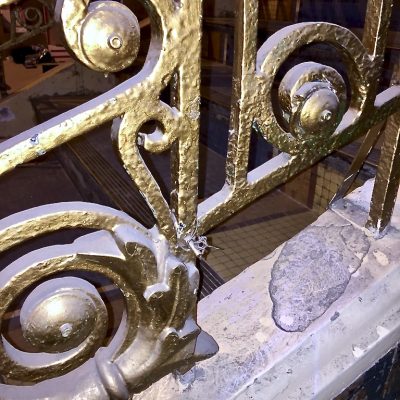 Construction of the Grands Magasins Charner started in 1922. It was inaugurated on 26 of November 1924. This marvelous historic building was designed in a retail architectural style familiar to the French and had a traditional western clock tower topped of by a pagoda-like structure. Since its inception, this building was remodeled several times. The ﬁrst noticeable modiﬁcation was making the top pagoda-like structure a bit higher. In 1942 the building was remodeled, and the clock tower was taken down and replaced with a GMC sign. In 1960, the Grands Magasins Charner was renamed the Saigon Tax Trade Centre.

The present building retains many of its original interior features, especially the 1st ﬂoor mosaics, the staircase and landings mosaics, and the decorative wrought iron and bronze railings. All mosaics are of high quality: materials, execution, and artistry. The mosaic designs are ﬂoral and geometrical; their composition is excellent and the colors are well harmonized. The material used to fabricate the tesserae is stoneware, or gres in French. They were fabricated by a small company in Morocco. The quality of the railings and banisters is also excellent. Over time, all these architectural elements and surfaces were inappropriately repaired.

In December 2014, the Hồ Chí Minh City People’s Committee approved a recommendation from the Director of Planning and Architecture that the lobby, the mosaic stairway, and some exterior design features of the Tax Trade Centre building should be preserved and incorporated into a new high rise modern building. The plan for this building at that time (2015) was to replace the original existing building. This building was designed by an American architectural ﬁrm.

The services provided by RARA to the Owner (Tax Trade Centre) included: investigation, documentation, recommended treatment, and recommendations for reinstallation in the future building.

A. For the interior preservation, restoration, and reinstallation of the mosaics, stairways, railings, and banisters

B. For the exterior preservation, restoration, and reinstallation of the original canopy extending over the sidewalk, and other exterior architectural elements and mosaics

In these reports, the following were provided: the recommended materials and technologies for the conservation and restoration of all decorated architectural surfaces and elements in the building, as well as the technologies and plan for the removal, storage, and reinstallation of the architectural elements and mosaics.