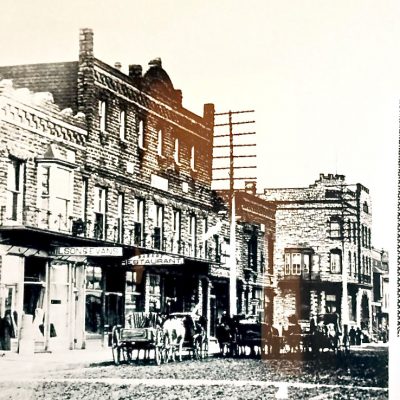 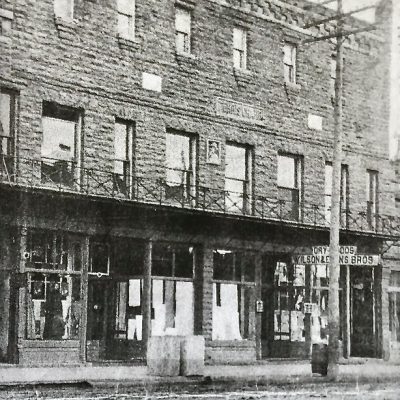 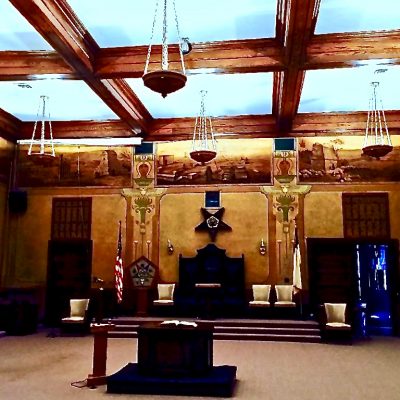 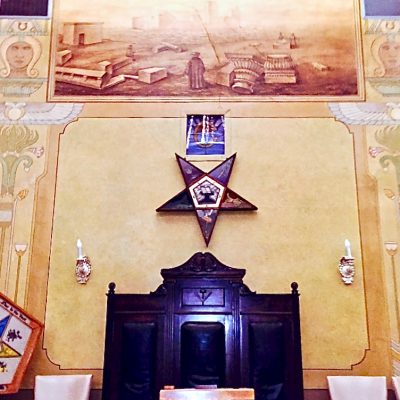 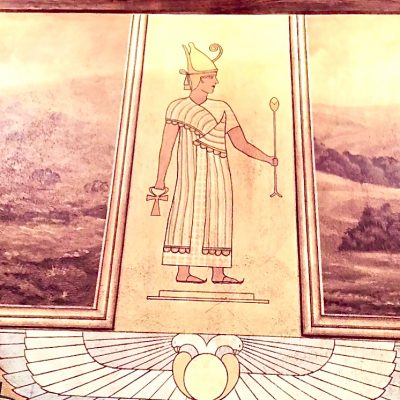 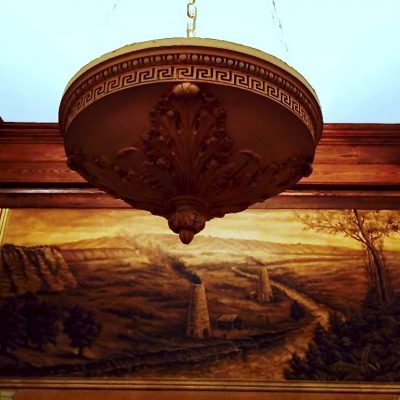 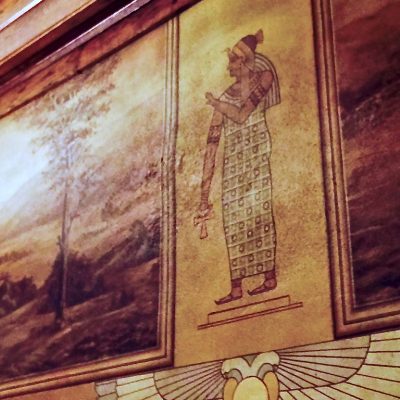 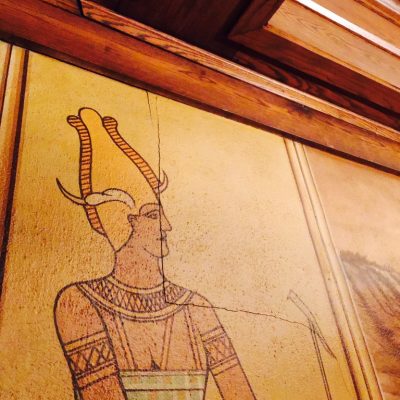 The Masonic Temple, formerly Ferris Grand Opera House, was built in 1898 by an architect known only as “Mr. Marvin” and by Leon Hemenway Moore, who was said to be responsible for many of the town’s buildings for Mr. A.D. Ferris. This Richardsonian Romanesque style building is a three-story Sioux quartzite building.

Originally the building contained two stores on the First Floor, the Ferris Grand Opera House on the Second Floor and a balcony on the Third. At its grand opening on March 10, 1899, the opera house boasted seating for 800 on the main ﬂoor, balcony and boxes. It was said to be the largest and ﬁnest facility of its kind in the Northwest. The Pipestone County Star newspaper referred to it as: “The Handsomest Opera House in Southern Minnesota.”

In 1917, Leo Henke, an Austrian artist, created murals of ancient Biblical scenes on the walls of the Lodge Room, the larger room of the building. He received the inspiration for the murals from a 1903 edition of The Illustrated History of Freemasonry. The painting technique used is executed in oil on plaster.

The wall painted decoration is comprised of:

The painted walls and ceiling panels present numerous older and newer cracks. These damages were inﬂicted to the walls during past structural modiﬁcations and repairs. Other damages consist of blisters and missing areas of paint due to inﬁltrating water and salt migration.

The Masonic Temple building, referred to as Quarry Lodge No. 148 building, is part of the Pipestone Commercial Historic District. The building and its contents are considered by the Minnesota Historical Society, as one of Southern Minnesota’s most treasured assets.

The services provided to the Owner (Pipestone Historical Society) by RARA included: investigation, documentation, and recommendations for an accurate restoration of the interior murals and architectural elements throughout the building.